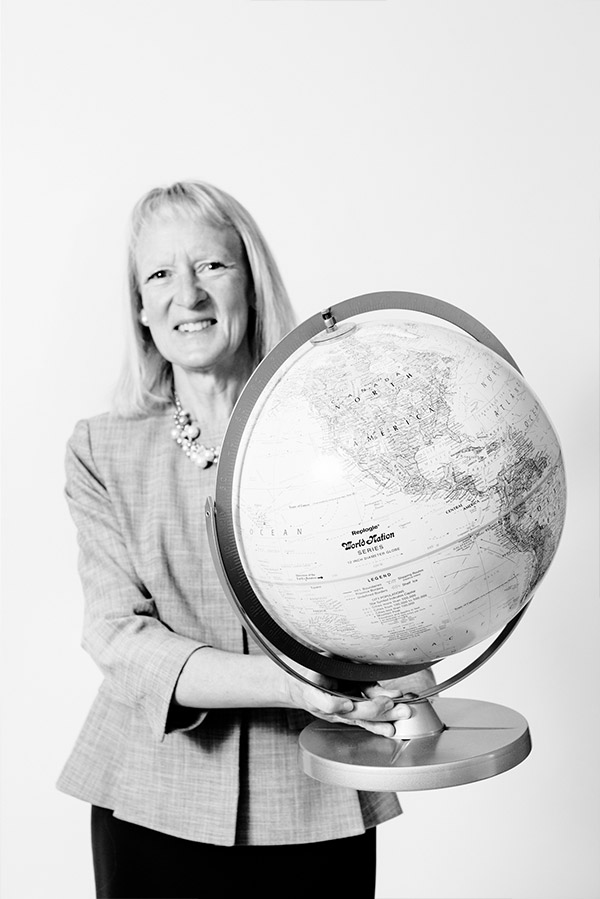 Ann is a founding partner at VHPM and a registered US Patent Attorney. Her practice focuses on the evaluation, development and management of global patent portfolios. She specializes in the life sciences, including molecular and cell biology, immunology, and biochemistry. She has over 30 years of patent law experience working with universities and research institutions, and companies of all sizes. Ann frequently speaks and publishes on patent law issues and has served in national leadership roles in professional organizations. Her business acumen and polish has guided the firm along its path to success. In her free time, she enjoys running, traveling, and going to Minnesota Wild hockey games.

Next on her “bucket list”: Walking the El Camino de Santiago.

United States District Court for the District of Minnesota

United States Court of Appeals for the Federal Circuit

Registered to practice before the United States Patent and Trademark Office

“First to File: You Don’t Have Time to Make All the Mistakes Yourself,” AUTM Annual Meeting (March 2014).

“In-Licensing: How to Increase the Probability of Success in Structuring a Licensing Deal,” Licensing Executives Society, Minnesota Chapter (December 2010).

“How to Save Time and/or Money and Still Obtain a Quality Patent,” AUTM Annual Meeting (February 2009).

“What’s on the Horizon with the New USPTO Rules?” AUTM Annual Meeting (March 2008).

“A Guide to International Patent Protection,” Intellectual Property Management in Health and Agricultural Innovation, A Handbook of Best Practices (published by MIHR and PIPRA, 2007).

Contact us today to learn how we can help you.

GET IN TOUCH
Page load link
We use cookies on our website to give you the most relevant experience by remembering your preferences and repeat visits. By clicking “Accept All”, you consent to the use of ALL the cookies. However, you may visit "Cookie Settings" to provide a controlled consent.
Cookie SettingsAccept All
Manage consent

This website uses cookies to improve your experience while you navigate through the website. Out of these, the cookies that are categorized as necessary are stored on your browser as they are essential for the working of basic functionalities of the website. We also use third-party cookies that help us analyze and understand how you use this website. These cookies will be stored in your browser only with your consent. You also have the option to opt-out of these cookies. But opting out of some of these cookies may affect your browsing experience.
Necessary Always Enabled
Necessary cookies are absolutely essential for the website to function properly. These cookies ensure basic functionalities and security features of the website, anonymously.
Functional
Functional cookies help to perform certain functionalities like sharing the content of the website on social media platforms, collect feedbacks, and other third-party features.
Performance
Performance cookies are used to understand and analyze the key performance indexes of the website which helps in delivering a better user experience for the visitors.
Analytics
Analytical cookies are used to understand how visitors interact with the website. These cookies help provide information on metrics the number of visitors, bounce rate, traffic source, etc.
Advertisement
Advertisement cookies are used to provide visitors with relevant ads and marketing campaigns. These cookies track visitors across websites and collect information to provide customized ads.
Others
Other uncategorized cookies are those that are being analyzed and have not been classified into a category as yet.
SAVE & ACCEPT
Go to Top